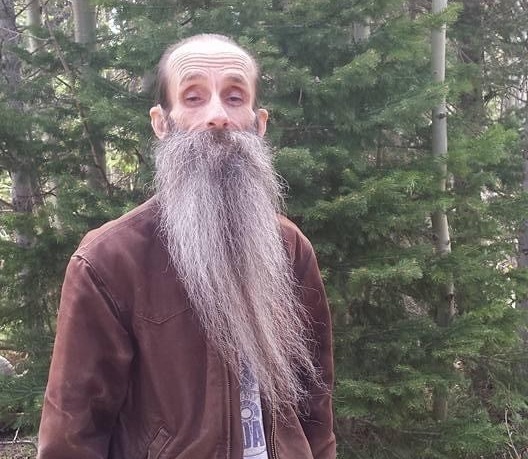 Thomas (Tom) Dee Houghton, 71, entered into rest Monday, January 2, 2023, at home in Cheyenne, Wyoming. He was born May 2, 1951, in Kirksville, Missouri to Virgil Lee and Catherine Rosalie Houghton.

Tom was a member of St. Mary's parish. He graduated from Cheyenne East High School in 1969. He entered the United States Navy after graduation and was stationed in Kingsville, Texas. He was honorably discharged in 1973. He lived in Oregon for a short time and then returned to Cheyenne, Wyoming where he started a career at Cheyenne Dodge as a painter and body man for many years. He also welcomed two children during this time, Thomas and Jaclyn. When he left Cheyenne Dodge he continued

working for another five years as a full time painter and body man from his home.

Then, Tom took a job at Laramie County School District number one and worked for them for twenty years and retired in 2013.

Tom was probably best known for his beard which he started after leaving the Navy and for the sleek black Harley with the side car.

Tom loved riding his motorcycle and logged thousands of miles with friends. He continued on the tradition with his children Tommy and Jackie by putting them in the side car and then with his granddaughter Charlee. Tom also was a hot rod enthusiast and worked on and restored many throughout his lifetime. Tom loved hunting but in particular elk hunting in the Grand Tetons was his favorite. He grew up going with his Dad and later with his son Tommy. He was also a huge history buff in particular the old west and Wyoming. Tom owned large

amounts of books and was an avid reader on this subject. Tom also collected, fixed, and did many projects with the cool antiques he found. He also loved when Cheyenne Frontier Days rolled around and could spend time doing the exciting things it brought. Tom will most be remembered by his children and granddaughter for his love and devotion to them and his family in general. He loved hunting, hiking, motorcycle rides, drives through town, or just sitting and conversing with them. He doted, cheered on, and willingly gave many hours to his granddaughter throughout her childhood and into adulthood and was so very proud to be her Grandpa.

To order memorial trees or send flowers to the family in memory of Thomas Dee Houghton, please visit our flower store.