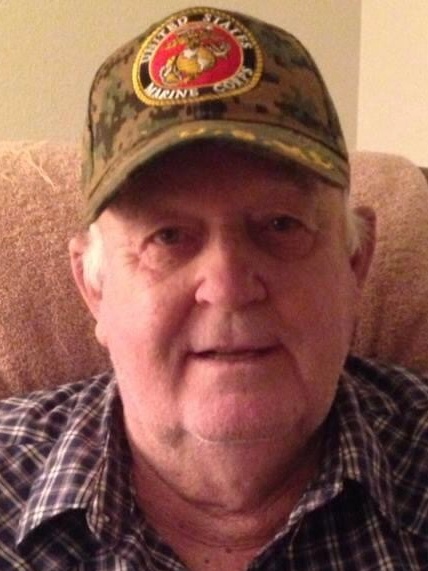 Thomas W. White, age 83, of Cheyenne, Wyoming passed away of natural causes early January 17, 2022 at home with family by his side.

Thomas was born September 30, 1938 in Franklin, Pennsylvania, the Son of Howard H. and Naomi M. White.

T.W., as he was known by his friends, joined the U.S. Marine Corps in 1956, however he and his buddies from Franklin, PA decided to join early and drove to California in March 1957 to MCB Camp Pendleton, CA.  He served honorably from 1957-1963. His MOS was combat engineers and was one of only two demolitions experts in the Fleet Marine Force overseas. He said there wasn’t a place he hadn’t been overseas and was constantly on the move. He was attached to 1st Marine Division, 5th Marines, 2nd Marine Division when stationed at Quantico, VA, 3rd Marine Division at Okinawa, Kamakura, Japan, Philippines, Formosa (Taiwan), Cao Chun China, and Indonesia. 1st Marine Air wing attached with Engineers Division, MAG-16, Oppama Japan, MAG-11 supporting Quemoy and Matsu Islands against Communist China. He was a top Marine with a 5049 rating the highest being 5.0, 5.0 conduct and 4.9 proficiency. He said only top Marines with a high rating went to Quantico. He was proud of his service in the Marines.  His last duty station was Camp Pendleton, CA.

T.W. and his family left the family farm in Bradleytown, PA and moved to Colorado. He worked for excavation and construction companies before working for the Colorado Highway Department. One of the big jobs he worked on was the Eisenhower Tunnel. He moved his family to Cheyenne in November 1977. He and Marilyn started their own excavation business in 1978, T.W. White Excavating. He and his crew did many jobs in Wyoming, laying sewer and water lines, digging basements, septic systems, and steam tunnels on College Drive. When the largest tornado in Wyoming’s history hit Cheyenne in July 1979, he was a subcontractor to do the cleanup. In 1981, he was contracted by M.A. Mortenson Company to do the excavation work to build the Herschler Building located north of the capital. In November of 1979, Cheyenne had 25.2 inches of snow over two days. T.W. drove his loader all the way to Safeway to get a fresh turkey that Marilyn had ordered. He then went back to snow removal which he did in the winter.

He loved his family and always had words of wisdom and advice to offer whether or not you asked for it. He had so much knowledge and would share his stories of his ancestry full of patriots as told by his father and grandparents about life on the family homestead in Bradleytown before and after the Civil War. He talked about his years in the corps, he told of his buddy requesting to switch places with him, he did, and the box car plane crashed and everyone on board died. His life could’ve ended then. The famous people he met and served within the corps, his childhood and the accidents that could’ve taken his life. He would have a big smile and his eyes would light up when the children, especially the grandchildren, would come and visit. He was always a hard worker and desired to provide for his family. He would measure a man by this standard and always speaking the truth whether you wanted to hear it or not.

He was an accomplished hunter and fisherman and loved going to Canada to fish. He spent many years camping, shooting and four wheeling with his family and friends.

He was preceded in death by his parents, Howard and Naomi; brothers, Joseph and Howard Jr; and son-in-law, Dale McHenry.

The family had a private memorial service with the Marine and VFW Honor Guard on Saturday, March 12, 2022.  Cremation is under the care of Schrader, Aragon and Jacoby Funeral Home.

Condolences can be sent to Jill McHenry-De Vries at 4200 Rawlins St. Cheyenne, WY 82001 or at www.schradercares.com.

To order memorial trees or send flowers to the family in memory of Thomas White, please visit our flower store.