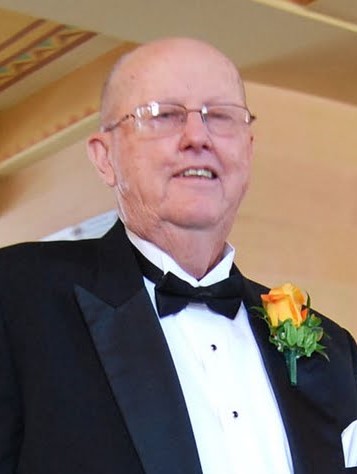 Timothy James Lockwood of Cheyenne, Wyo., passed away peacefully surrounded by family on February 13, 2021 at the age of 81.

Tim was born to the parents Clark Augustus Lockwood and Cathron Mary Reardon on July 22, 1939 in Billings, Mont. He spent his formative years in Laurel, Mont., where his large family of aunts, uncles and cousins all grew up together in a tight knit family. He married the love of his life, Kathleen Camille Robot, on September 16, 1961 in Laurel, Mont. They had two children, Kathleen (Casey) and Timothy.

He received degrees in fine arts from Montana State University, accounting from the University of Montana and a master’s in business administration from the University of Nebraska. He enlisted in the United States Air Force in 1962. After serving at multiple stations, including overseas in Turkey, he retired as a Lieutenant Colonel with 20 years of service. He finished his professional career working in Information Technology with Key Bank in Cheyenne. He also opened the first espresso shop in Cheyenne – Coffee Express – with his wife, Kathleen, in 1992.

He loved the outdoors, fishing, woodworking, good food and teasing his grandchildren.

A memorial service will be held at Schrader’s Funeral Home February 24 at 3 p.m. In lieu of flowers the family asks you to consider a donation to the Wyoming Food Bank of the Rockies, a cause Tim was passionate about.

To order memorial trees or send flowers to the family in memory of Timothy Lockwood, please visit our flower store.