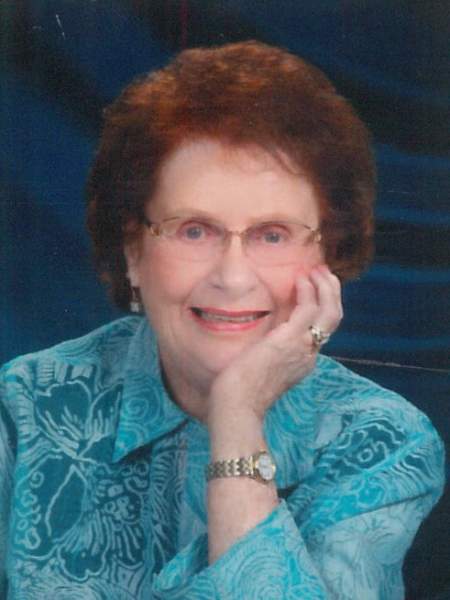 Virginia L. Stephens of Cheyenne passed away peacefully on July 13, 2022, at her home with her daughters by her side. She was born on Mother’s Day, May 14, 1933, to Jay and Iwana (Dot) Brown in Kimball, Nebraska. She was raised and graduated from Pine Bluffs High School in 1951. Virginia married Richard D. Stephens on June 29, 1951. They went to Clovis, NM where Richard was stationed at the Air Force and came back to Pine Bluffs where they made their home. Unfortunately, Richard passed away in 1999.

On Dec. 12, 2004, after 71 years in Pine Bluffs she married her dear family friend Hewitt G. Youtz and moved to Riverton WY. They spent their summers in Riverton and winters in Yuma AZ. Hewitt passed away in March 2012 and Virginia moved back to Cheyenne to be close to her daughter, Julie. Virginia loved accounting and worked for School District #7 for 17 years. She was a lifetime member of the United Methodist Church in Pine Bluffs and Cheyenne. She was a 65+ member and Worthy Matron of the Order of Eastern Star #29 and Burns Chapter #47. For many years she was the accompanist for their meetings. She served on many civic committees in Pine Bluffs and Cheyenne. Bridge and reading were her passion, but she also enjoyed golf, sewing, oil painting, music and in later years the computer. She never tired of learning new activities and information. Her family was her greatest achievement and her grandchildren her pride and joy.

She is survived by her two daughters, Candace S. Donahue (James) of Worland, WY and Julia A. Malm of Cheyenne. Her grandsons, Gunnar S. Malm (Jessica), James R. Donahue (Nikki), Michael C. Donahue (Stephanie) and granddaughter, Kirsten M. Malm. Also surviving are her six super great grandchildren, Aedyn, Avery, and Jameson Donahue and Joshua, Charlie Grace and Luca Donahue. Her sister-in-law, Ellen W. Brown and nephews, David and Alan Brown and their families. She was fortunate to have her bonus children Charles Youtz (Lynee), Joanne McFarland (Charlie) and Thomas Youtz and their families.

A memorial service will be held on Friday, August 5th at First United Methodist Church in Cheyenne at 2:30 p.m.

In lieu of flowers, memorials may be made to the Jody Malm Scholarship Fund at LCCC or the charity of your choice. Online condolences may be made at www.schradercares.com

To order memorial trees or send flowers to the family in memory of Virginia L. Stephens, please visit our flower store.