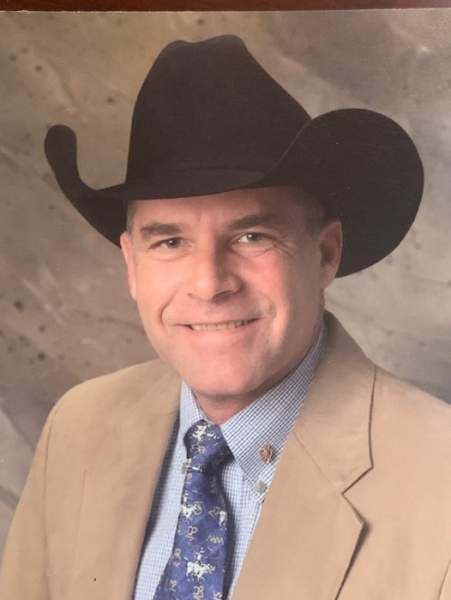 In 2007, Wayne retired as a Chief Master Sergeant from the Wyoming Air National Guard, after proudly serving his country for more than 30 years.  Wayne was very active throughout his life where he made many great lifelong friends.  Some of Wayne’s passions included, bowling, golf, camping, fishing, and watching NASCAR.  But most of all Wayne was most passionate and supported of his grandchildren and loved watching them participate in volleyball, baseball, swimming, and Track and Field.

Wayne also loved spending time at the cabin with family riding ATVs and fishing at Miller Lake. He would always brag about getting lots of bites but never returned with any fish.  Wayne was also proud to be a member of the “Giggle” group at the Airport Golf Course.

It was the winter of 1982, when Wayne first came to Cheyenne when he was stationed at F.E. Warren AFB. Wayne fell in love with Cheyenne and the wonderful people; when discharged from the US Air Force in 1987, Wayne enlisted into the Wyoming Air National Guard here in Cheyenne. Since arriving in Cheyenne, Wayne has been a very dedicated volunteer with the Cheyenne Frontier Days and was extremely honored to serve as the General Chairman of the Public Relations Committee from 2002-2004.

He was preceded in death by his parents, Francis and Elinor Lindquist; brother, Link; son, Casey and granddaughter, Seraphina.

His love for his family and friends was unconditional and he will be forever missed.

Due to the current world situation, a celebration of Wayne’s life will be announced at a later date.

To order memorial trees or send flowers to the family in memory of Wayne Lindquist, please visit our flower store.