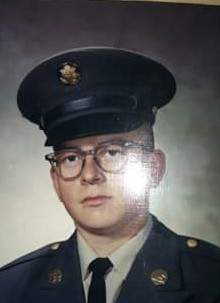 Wendell Wittig, 71, passed away April 15, 2020 at the Veteran Affair’s Medical Center in Cheyenne from lung cancer.

He was born June 29, 1948 in Cheyenne.  He enlisted in the U.S. Army in 1968 and went to Vietnam.  He was a combat engineer and sergeant, having served three years.

He worked for the U.S. Post Office as a mail carrier for 18 years, later driving a city bus for five years.  He volunteered at the Cheyenne VA with the Veterans’ Golden Age Games, where he loved competing and won several gold and silver medals over the years for air rifle, bowling and shuffleboard.

He had a very kind, gentle heart.   He made lifelong friends wherever he went.  His favorite pass-time was riding his motorcycles with the local groups, church, music, football and enriching the soul and life.  Wendell became a Reiki Master and practiced frequently.

Wendell loved to travel from coast to coast, Canada, Hawaii, Niagara, Germany, as well as many U.S. States.  We had a lot of adventures and fun.

Wendell is survived by his loving wife, Susan of 20 years; daughter, Rainey and her three children, Ash'Lynn, Dreven, and Alex; his step-daughter, Julie; and her four children, triplets Robert, Jr., Loren, Cody and a daughter, Makala.

He was preceded in death by his parents, Jacob and Viola Wittig; and his dear sister, Mary.  They had a bond that couldn't be broke.

Wendell will always be forever loved and missed

A private celebration of life will be held at a later date.

In lieu of flowers, any donations, (to help with expenses), and condolences may be sent to 8606 Cowboy Road, Cheyenne, WY 82009.

To order memorial trees or send flowers to the family in memory of Wendell Wittig, please visit our flower store.