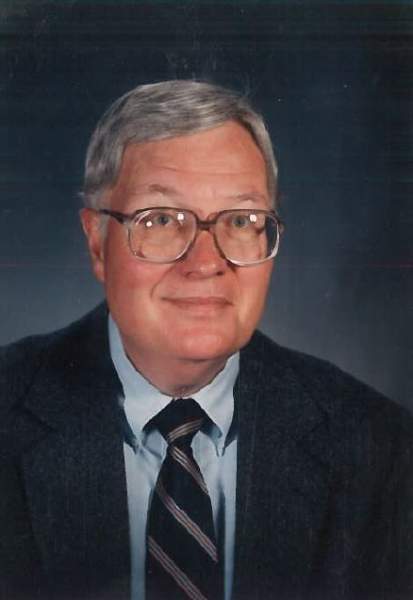 Bill was born in Cheyenne Wyoming on September 8th, 1936. He taught Social Studies, specifically American History focusing on the American west and frontier, in Cheyenne schools for thirty-seven years. He is a past president of the Cheyenne Education Association. He received his B.S. from Northwestern University in 1958 and then his M.A. from the University of Wyoming in 1963. This is when he wrote his thesis, “A Social History of Cheyenne, 1875-1885”.

Bill co-authored many papers and articles including, “The Magic City of the Plains” in 1965 for Cheyenne’s centennial,  “Cheyenne Landmarks” in 1976 for the American Bi-centennial, “The Plains Hotel” in 2002, and “We’ve Worked Hard to Get Here” a hundred-year history of the Cheyenne Chamber of Commerce.  He also authored “25 Years of the First Presbyterian Church in Cheyenne”.

Bill was a well-accomplished man, having achieved multiple honors. Those including; “Young Man of the Year” from the Junior Chamber of Commerce in 1968, Outstanding Teacher of the Year in 1968, “Man of the Year” from the Greater Chamber of Commerce in 1979, the Phi Delta Kappa award for excellence in teaching and civic work in 1988, the Governor’s Arts Award in 1991, honors from the University of Wyoming for a secondary teacher who has made a difference in 1991 and 1994, and the Outstanding Community Servant of the Year award in 1999.  In 2017, during Cheyenne’s sesquicentennial year, Bill was named by the Governing Body and Mayor as Cheyenne’s Historian Laureate.

He was a faithful member of the First Presbyterian Church since 1948, serving in its choir since 1951 and was elected Elder in 2012, serving a four year term.

Bill was very active in his community, being a member of many different groups. He was a member and chairman of the Cheyenne Historical Preservation Board since its beginnings in 1986. He then retired in 2009 and received an award for preservation named after his grandfather, William Dubois.

He was the founding chairman of the Cheyenne Frontier Days Old West Museum board and served from 1977 to 1981.  He then served a second term from 1990-1993. He was also a member of the Wyoming State Centennial Commission from 1986 to 1992, a member of the Cheyenne Frontier Days Committee from 1973 to 1975, a HEEL since 1972 and was active with the CFD Indian Committee for 33 years.

Bill was the goodwill ambassador for Rotary International in Wales in 1971.  Bill enjoyed traveling and among his trips abroad he visited South America, Africa, the Baltics and Egypt.

He served the State Commission for State Parks and Cultural Resources from 1993 until 2003, also serving as president from 1996 to 1998. He was also on the Board of Advisors for the American Heritage Center at the University of Wyoming since 1993 and served as a chairman from 1998 to 2002.  He served the Wyoming State Legislature for sixteen years as a bill reader.

Bill was on the Board of Directors for Cheyenne Regional Medical Center from 1997 to 2007. He became a liaison to the hospital foundation and was elected as a board member from 2007 to 2015. He also served as a board member for the Historic Governor’s Mansion from 2001 to 2015 and the Cheyenne Depot Museum from 2006-2011.

Bill served for over 20 years as a board member and eventual president of the Cheyenne Little Theatre Players. He then served again for 5 years in the 90s. Bill was given Life Membership to the theatre in 1986.

Bill loved music and was a very talented vocalist. He was the past president and member of the Cheyenne Concert Association Board from 1963 to 2014. He was also a member of the Capital Chorale from 1951 to 2015. He was given the honor of singing the national anthem at Cheyenne Frontier Days 266 times over a span of 40 years starting in 1964. He also served on the board for the St. Mary’s Organ series from 1995 to 2015.

He was the honored guest with Marcella Helser for the Cheyenne Symphony Orchestra annual ball in November of 2003. Shortly after, he was also elected and inducted into the Cheyenne Frontier Days Hall of Fame in 2004. He also was the honorary chairperson with Marcella Helser for Denim and Diamonds in 2008 as well as the Cheyenne Frontier Days Old West Museum Carriage Ball in 2013. Bill was also presented with the inaugural Harmony Award by the Cheyenne Symphony Orchestra for commitment to the arts in the community.

In recent years, Bill was elected to the Board of Trustees for Laramie County Community College in 2008, where he served a four year term and was re-elected in 2012 for a second term.

He was preceded in death by his great-great grandmother, Esther Hobart Morris who was the first woman judge in the modern world; his great grandfather, E. A. Slack who is considered to be the main father of Cheyenne Frontier Days; his grandfather, William R. Dubois who was an architect of many structures in Cheyenne; a sister, Jo Clark; and his parents, Robert and Elinor Dubois. His father Robert was a chairman and head of the board of directors for Stock Growers National Bank, now known as Wells Fargo.

Cremation has taken place under the care of Schrader Funeral Home in Cheyenne. Services will be held 11:00 a.m. Monday August 2, 2021 at the First Presbyterian Church.  A live stream will be available on YouTube at First Presbyterian Church Cheyenne Wyoming. Services are under the care of Schrader, Aragon and Jacoby Funeral Home and condolences may be made at www.schradercares.com.

To order memorial trees or send flowers to the family in memory of William Dubois, please visit our flower store.