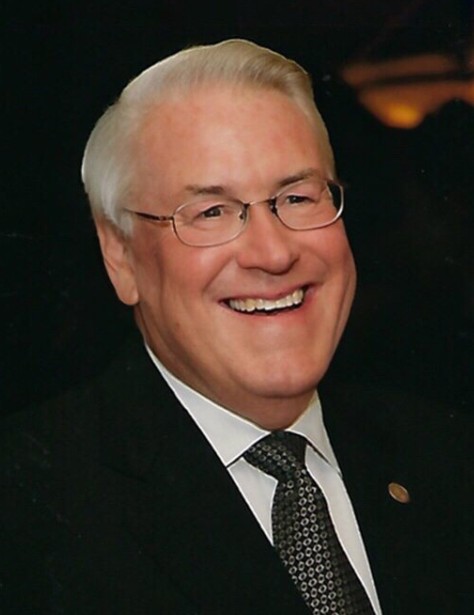 Our beloved Bill was called home on the peaceful morning of September 13, 2021 at Davis Hospice Center.

He was born William John Thomson II on August 12, 1943 in Medford, Oregon to Keith and Thyra Thomson.  Attending elementary school in Cheyenne, he spent his secondary education years were spent in the Washington D.C. area where they lived while his father served on behalf of Wyoming in the U.S. Congress.  He graduated from Woodrow Wilson High School in Bethesda, Maryland and returned home to attend the University of Wyoming.  It is here that in 1968 he received his Juris Doctorate degree from the University of Wyoming College of Law, where he was the recipient of the Watt Brothers Scholarship for outstanding law students.  Upon graduation, he returned to Washington D.C. as the Legislative Assistant to Senator Cliff Hansen.  It was during this time that he met and fell in love with his life partner, Toni (Etchepare) Thomson.  Upon their engagement, once again, he returned to Wyoming where he was appointed the U.S. Department of the Interior Field Solicitor for Wyoming.  Bill and Toni were married on April 20, 1974 and soon after, he began his law partnership with Perry Dray.  Together, they practiced law for over 40 years, many under the name Dray, Thomson, Dyekman.  It was during these years that Bill formed many lifelong friendships among both clients and colleagues, not only in the practice of law but also in the advocacy of public policy, of which he had great passion.

Bill had a loyalty unwavering and a generosity and kindness unmatched.  He lived a life of adventure and curiosity with a passion for people and places, travelling the globe.  Some of his most cherished memories were the 40 years he spent with family and friends, skiing the slopes of and enjoying the breathtaking vistas from their home in Steamboat Springs, Colorado.  In partnership with his beloved Toni, Bill had a passion for and deep-rooted place in Wyoming politics.

Following a serious traumatic brain injury in 2013, Bill valiantly rehabilitated and returned to his robust, active lifestyle.  Unfortunately, the injury had a lasting effect that in recent years limited him once again, until the Lord called him home.

In his love of service to community, state and country he served on many boards and was an active member of many associations.   Among his most rewarding were his time on the boards of the Cheyenne Family YMCA, the Wyoming Taxpayers Association, Cheyenne LEADS and Chamber of Commerce, and his appointment to the Defense Orientation Conference Association and his membership to the Phi Delta Theta fraternity, The Supreme Court Historical Society, The Steamboat Institute, Western States Legal Foundation, and the American Legislative Exchange Council to name a few.

His greatest joy was his family.  He is survived by Toni and his 4 children and 7 grandchildren: Keith Thomson of Cheyenne, Paul (Antonee) Thomson and their two children Liam and Siena of Boulder, CO, Laura Lewis and her three sons Jackson, Charlie and Andrew of Cheyenne and Jennifer Thompson of Laramie, WY.  He is also survived by his beloved brothers Bruce Thomson of Cheyenne and K.C. (Julie) Thomson of Logan, UT and numerous cousins and extended family.  He is preceded in death by his parents Keith and Thyra Thomson and his inlaws Paul and Hellen Etchepare.

Services will be held Friday September 24, 2021 at 1:00 pm at St. Mary’s Cathedral with a reception following at the Cheyenne Frontier Days Event Center. The funeral mass will be live streamed at www.schradercares.com.

To order memorial trees or send flowers to the family in memory of William Thomson, please visit our flower store.