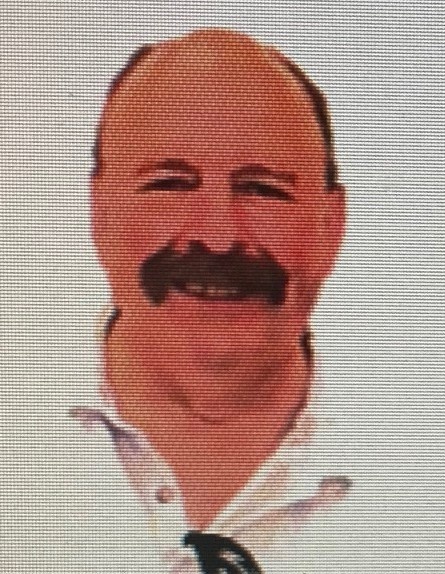 William Charles “Bill” Peasley, 72, of Cheyenne, left this world on April 21, 2020 and surrendered his soul to God.  After a seven month struggle with cancer and in the chaos and fog of the coronavirus hysteria, Bill left the hospital and retreated to the Wheatland home of his nephew, Steve Peasley, where he waged his final 11 day battle surrounded, supported, loved and cared for by his family while enjoying many unrestricted and unlimited visits by many friends.

Bill was born January 20, 1948 in Cheyenne, to Daemon C. and Helen (Sisk) Peasley.  While life pulled Bill in many directions, he was always close to family and inseparably linked to many beloved friends and places in Cheyenne.  While most of his pre-school years were in Riverton following his big brother, his family did return to Cheyenne where he spent his next 12 years growing up in Eastridge, going to school, building clubhouses, playing with and surrounded by wonderful neighbors, gathering life-time friends who named him “Peas” and honing skills he would use in the colorful life that followed.

Bill tried college after graduating from East High School in 1966, but two years at Casper College brought him home with two observations: 1) college wasn’t for him and 2) his college roommate (Chris Ledoux) was a good cowboy but not much of a singer. From his youth, Bill enjoyed working with his hands and saw this as his road forward.

Bill acquired early skills fixing bicycles and lawnmowers, but quickly turned to cars and ultimately acquired a passion for working on anything that moves, e.g. cars, airplanes, bicycles, tricycles, motorcycles, pipes, plumbing and anything else that does move, should move or isn’t moving fast enough. This was enough for him to launch a 50 year journey of color, variety, and difficulties that often took him away from Cheyenne because, as if he was attached to a bungie cord, Bill always came back to Cheyenne to be with his friends at his favorite places.

Bill’s initial departure was to attend Colorado Aerotech in 1969 and then to work on airplanes in Idaho.  This ended when he was severely injured in a boating accident while attending his annual National Guard training in Guernsey.  When others asked Bill about his injuries, he would wink, smile and then whisper “All I can tell you is that it was a covert operation, code-named as the Battle of Lake Guernsey.”  After a year of recovery in Fitzsimmons Army Hospital, Bill returned to Cheyenne to qualify and work as a plumber/pipe-fitter for eight years, mostly on the construction of the Wheatland power plant and enjoying time and adventures with his family and friends.

Bill’s next departed to Douglas where, in 1981, he co-owned and managed a popular restaurant, Madame Clementine’s.  After three years of cooking, serving and managing, Bill again returned to Cheyenne as a food sales representative and again to be closer to his friends.

Bill’s final departure was in 1987, following a siren’s call from La-La Land California, where he spent two years applying his considerable skills to making movies and car commercials.  Bill quickly realized he could no longer endure Hollywood’s life and culture, and returned to Cheyenne after promising himself to never again leave.  He immediately applied his plumbing, business and overall “fix it” skills working mostly for friends, Ed Prosser (9 years), Craig Hanesworth (3 years), the school district (13 years), part-time work for Paul Galeotos, and finally in 2014, he turned retirement into more time with and helping family, friends and neighbors while dealing with his own health issues.

The life and times of Bill were bold, colorful and fascinating.  He enjoyed his work in many diverse vocations but it was his spare time that lit him up and provides those he left behind with a cornucopia of great memories: his passion for classic cars, Harley motorcycles, golf trips, motorcycle adventures, gatherings with friends at Uncle Charlie’s, vacations and visits with family and friends, and most importantly, for precious time spent with and his abiding love for family, neighbors and many friends.  Bill loved good jokes, pranks and belly laughs.  He enjoyed telling funny stories at his own expense and his humor was contagious.  One recalls a comment by Bill when he was asked about his work as a plumber, Bill simply explained, “Each time I fix and test-flush a toilet, I think about all my friends in Nebraska.”

A graveside service was held in Lakeview Cemetery on April 28, 2020 and attended only by family due to Cheyenne’s pandemic restrictions.  A celebration of Bill’s life will be held later at Uncle Charlie’s.  Bill would want all who can attend to come together with joy, celebration, memories and, if possible, with their favorite classic cars decorating the parking lot.

To order memorial trees or send flowers to the family in memory of William "Bill" Peasley, please visit our flower store.